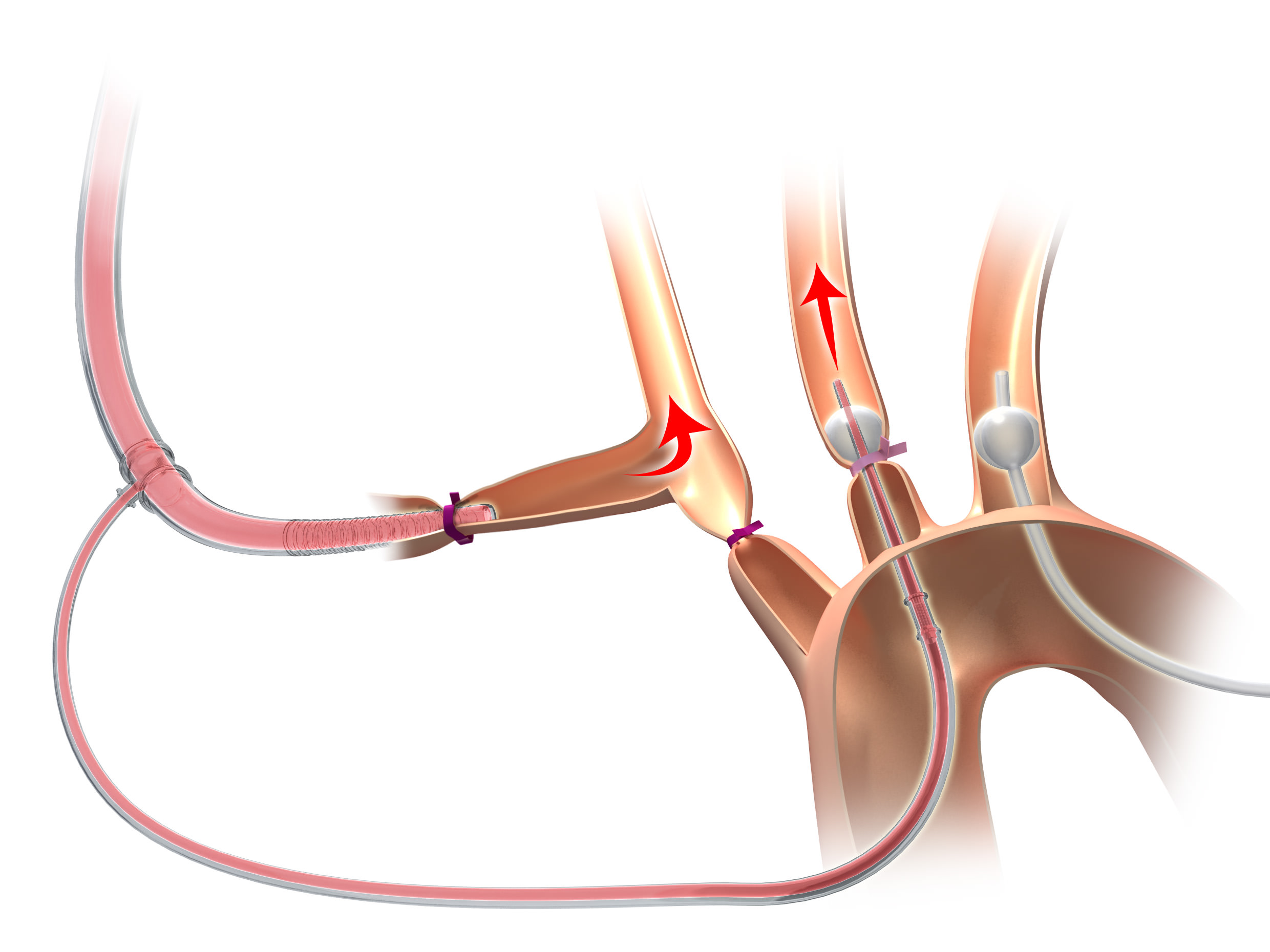 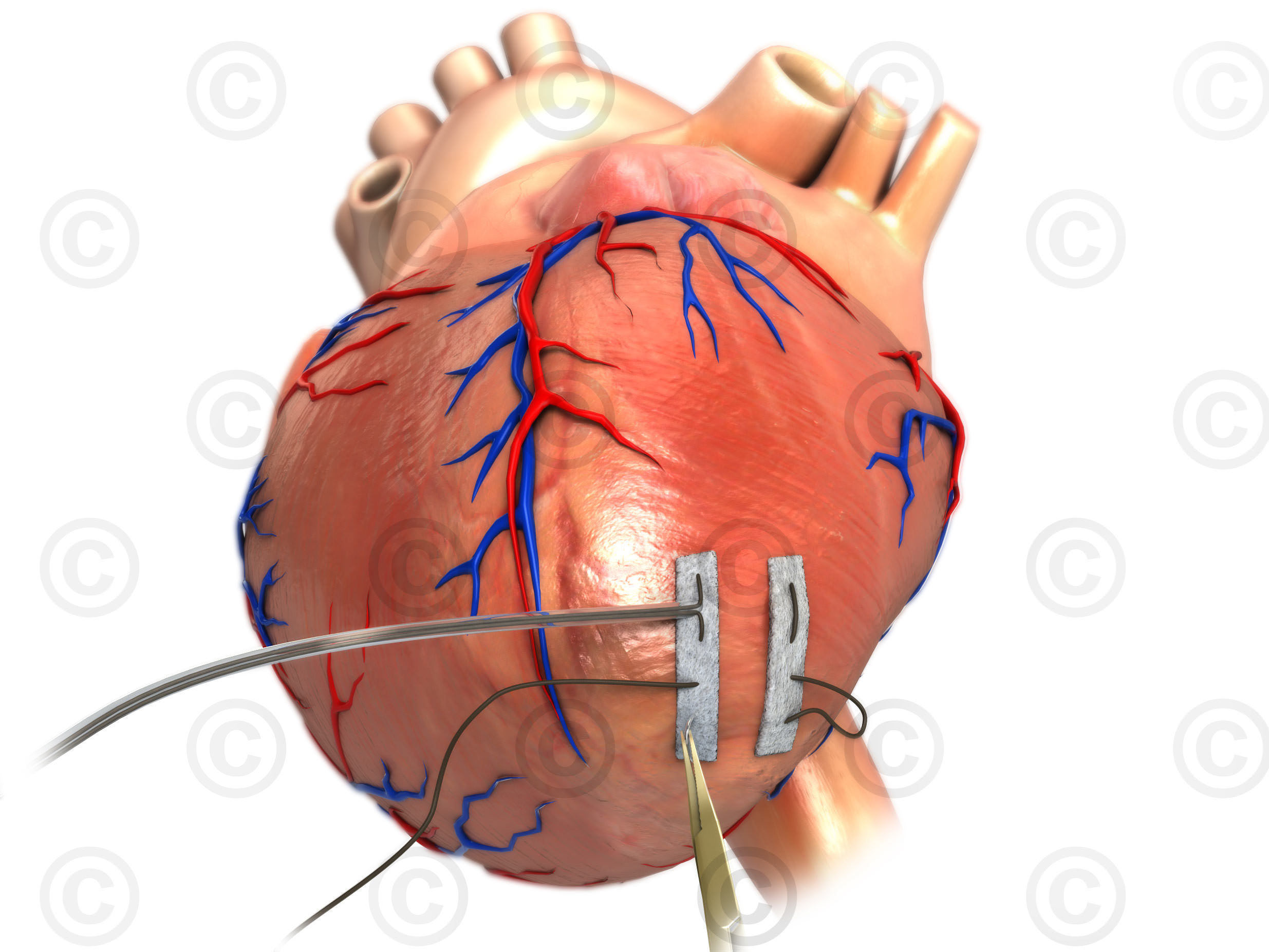 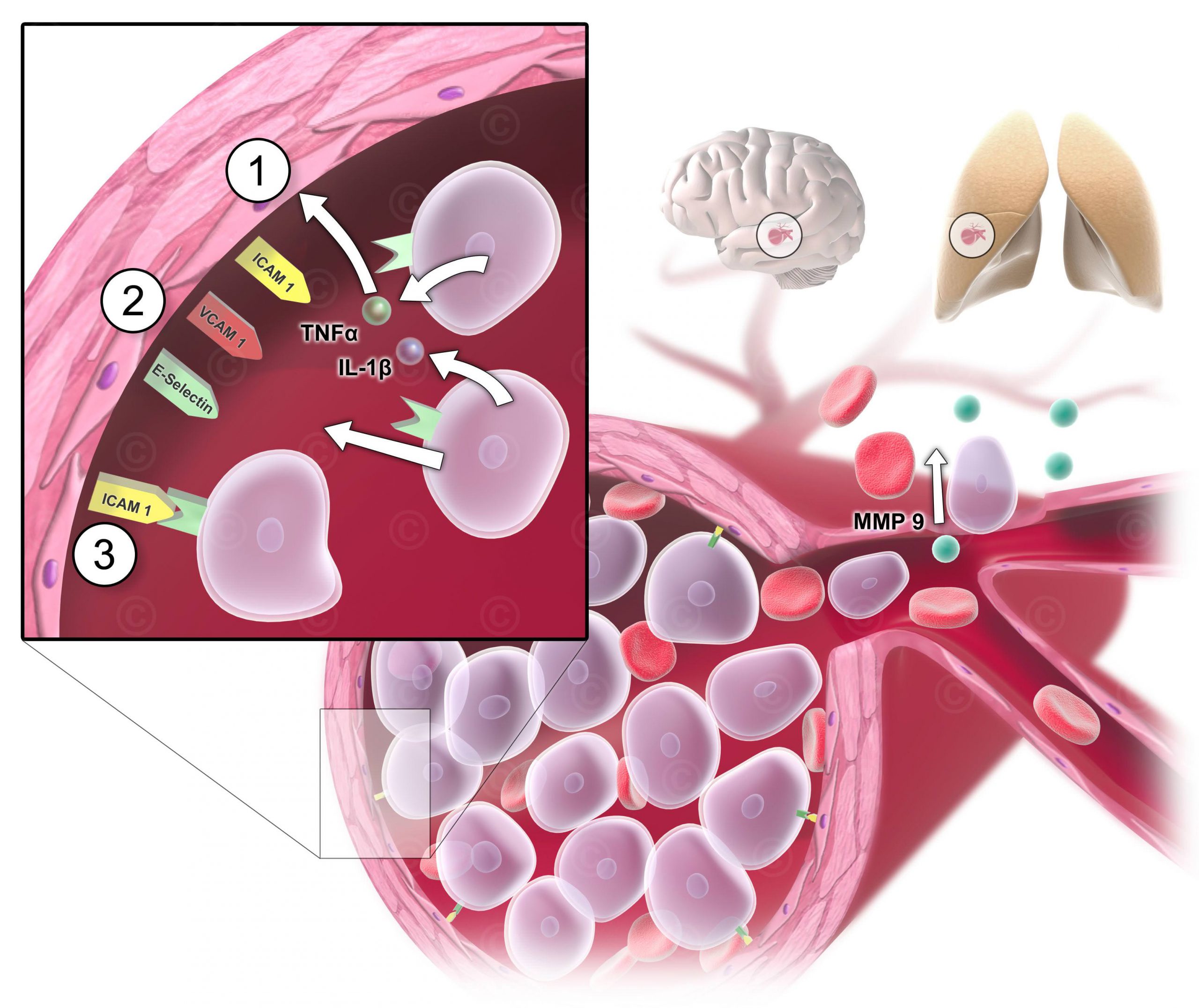 The special challenges that go with an activity in this area are describing by three projects for medical publications in the following.
The exemplarily productions are two publications by Dr. med. Nestoras Papadopoulos from the University Hospital Frankfurt about studies on “cerebral perfusion” and “catheter-based aortic valve implantation” and a publication by PD Dr. med. Christoph Röllig the Faculty of Medicine TU Dresden on “pathogenesis of leucostasis in acute myeloid leukemia.” 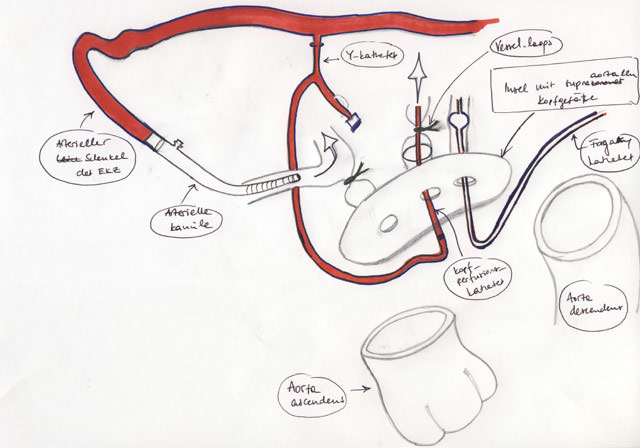 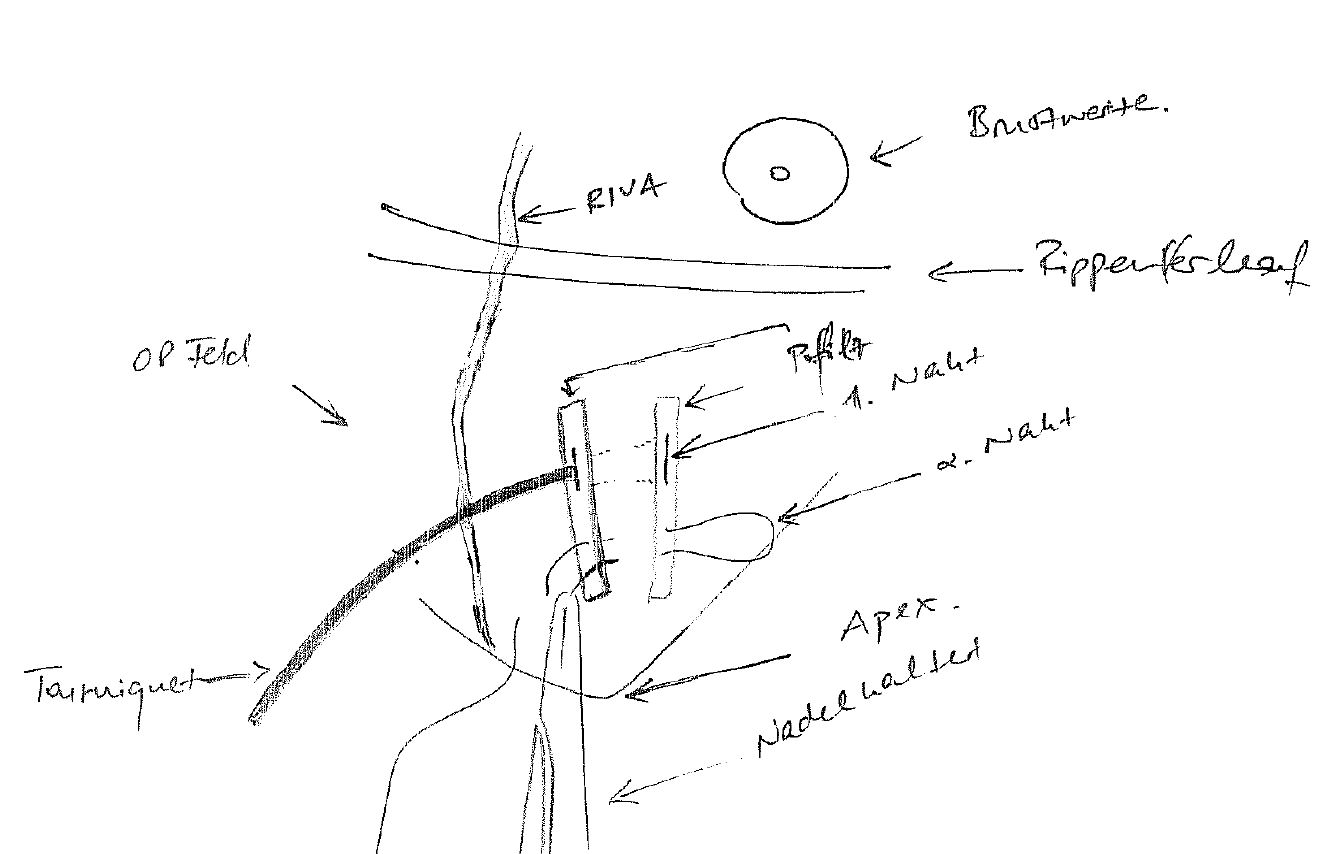 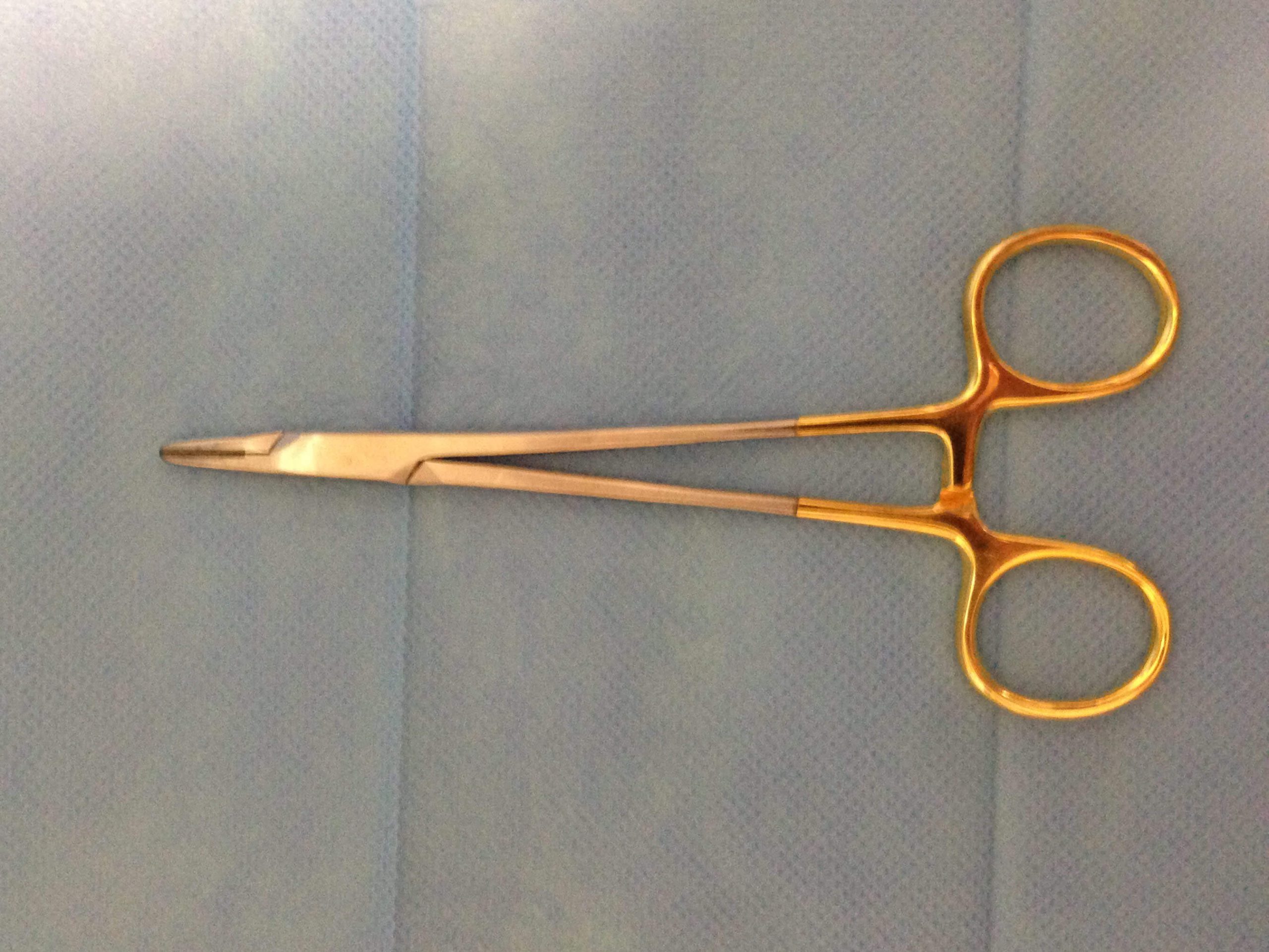 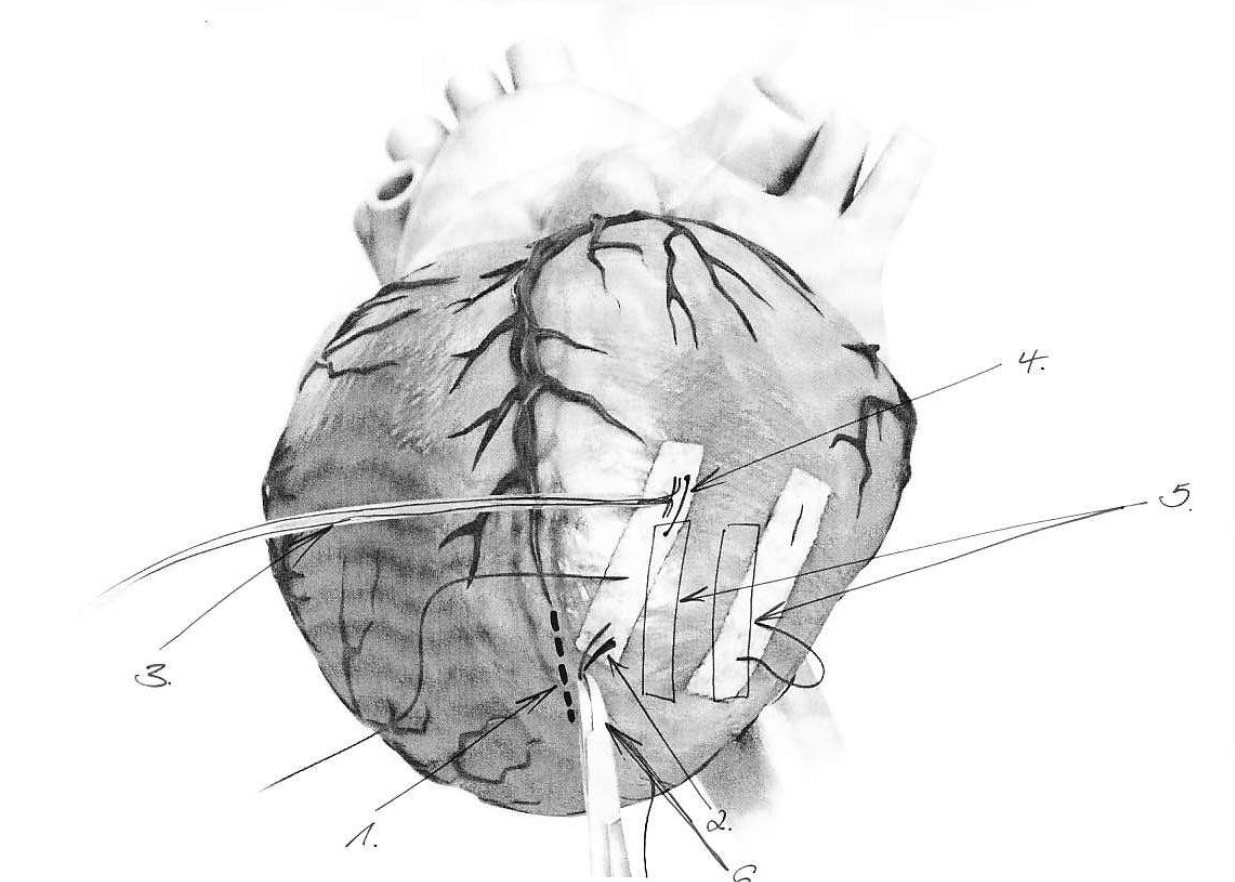 With this information, a first rough draft of the illustration was created, in which the author’s drew in corrections to the alignment of the felts und the form of the needle holder tip. After communicating this last details the illustration could be finalized.

The topic of the illustration was a leucostasis caused by a leukemia disease, which means a disturbed microcirculation in the vessels. However, the publication of Dr. Röllig was not referring to the purely mechanical (“rheological”) explanation of damage occurring at a leucostasis under a leukemia, but on other cellular findings. 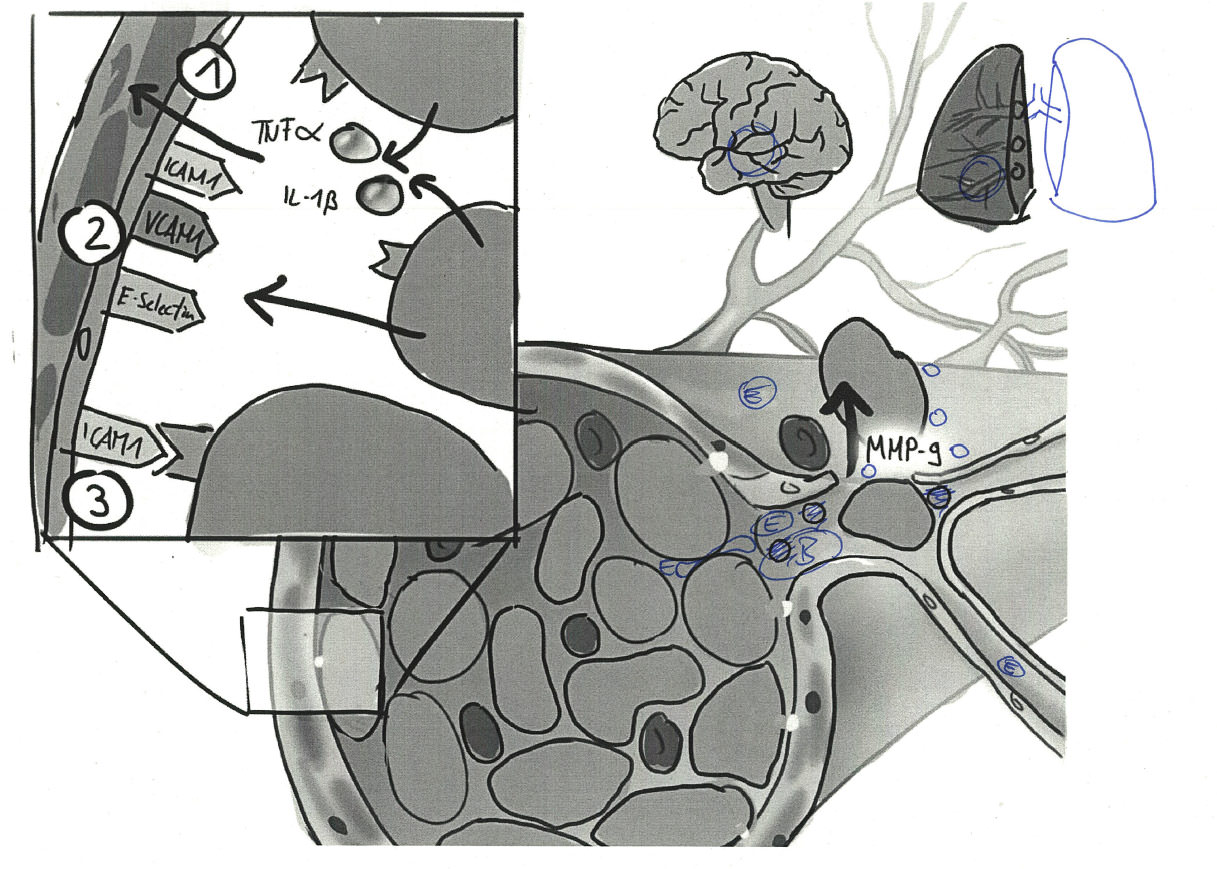