Using the ankle as an example, the app shows anatomical changes caused by joint bleeding. The bleeding is triggered by a hemophilia disease, mostly hemophilia A. This bleeding in the synovium triggers degenerative changes in the cartilage, which can develop into necrosis and lead to stiffening of the joint.

As part of the app, a 3D model of the lower leg with foot is shown in the camera image (augmented reality). By moving the iPad, the can be zoomed in or rotated. Via a menu, different anatomical layers can be hidden to get a better view of the ankle joint. Further menu items can be used to select the different stages of the disease, whereby the ankle joint and the surrounding tissue change accordingly (tears in the synovial membrane, hemorrhage, synovitis, cartilage wear, loss of the cartilage layer, cyst formation in the bone tissue, formation of bone spurs (osteophyte) on the talus and tibia).

The rights of use of the images shown here belong to the client, use is not permitted. The images are protected with watermarks. 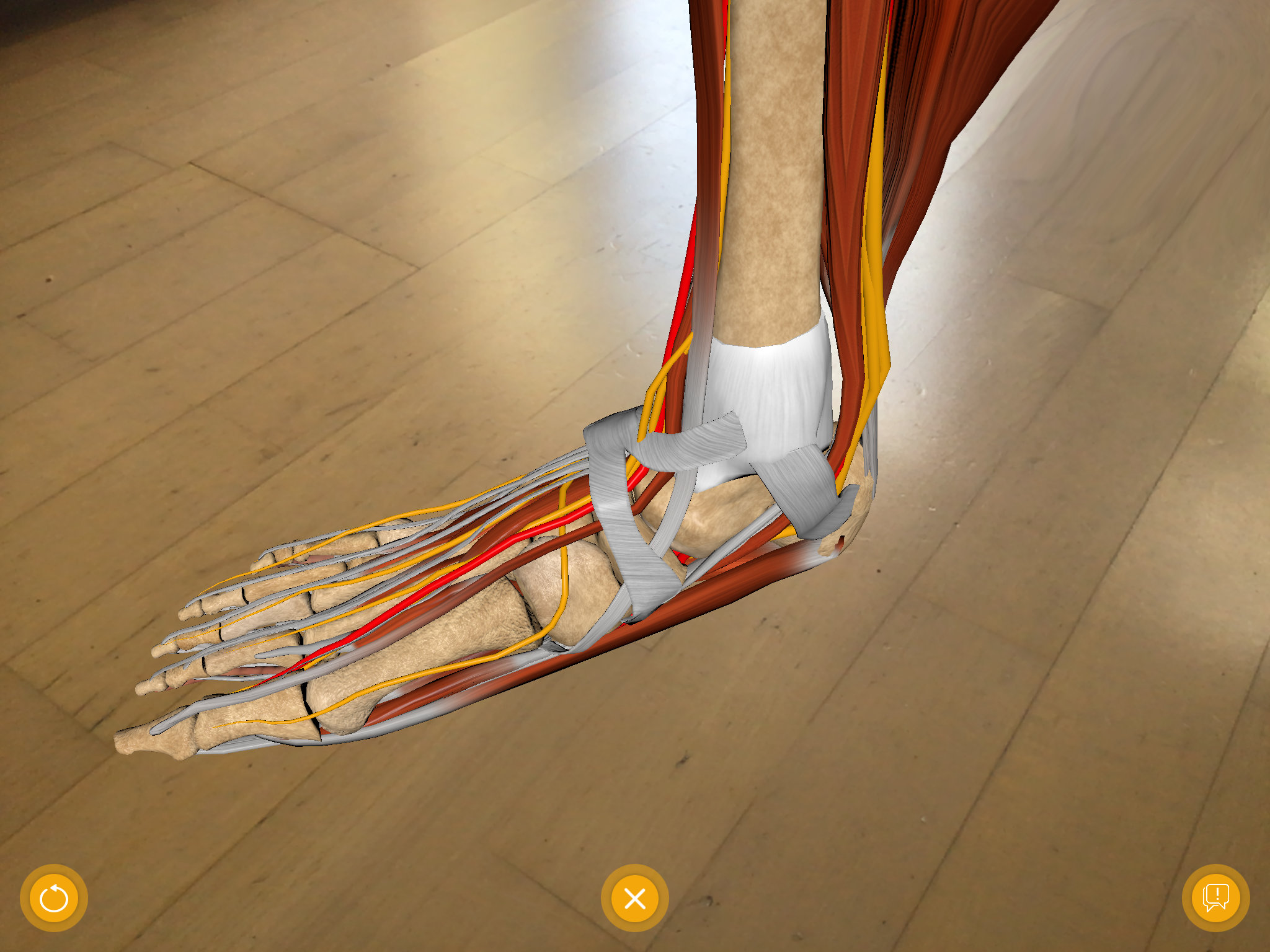 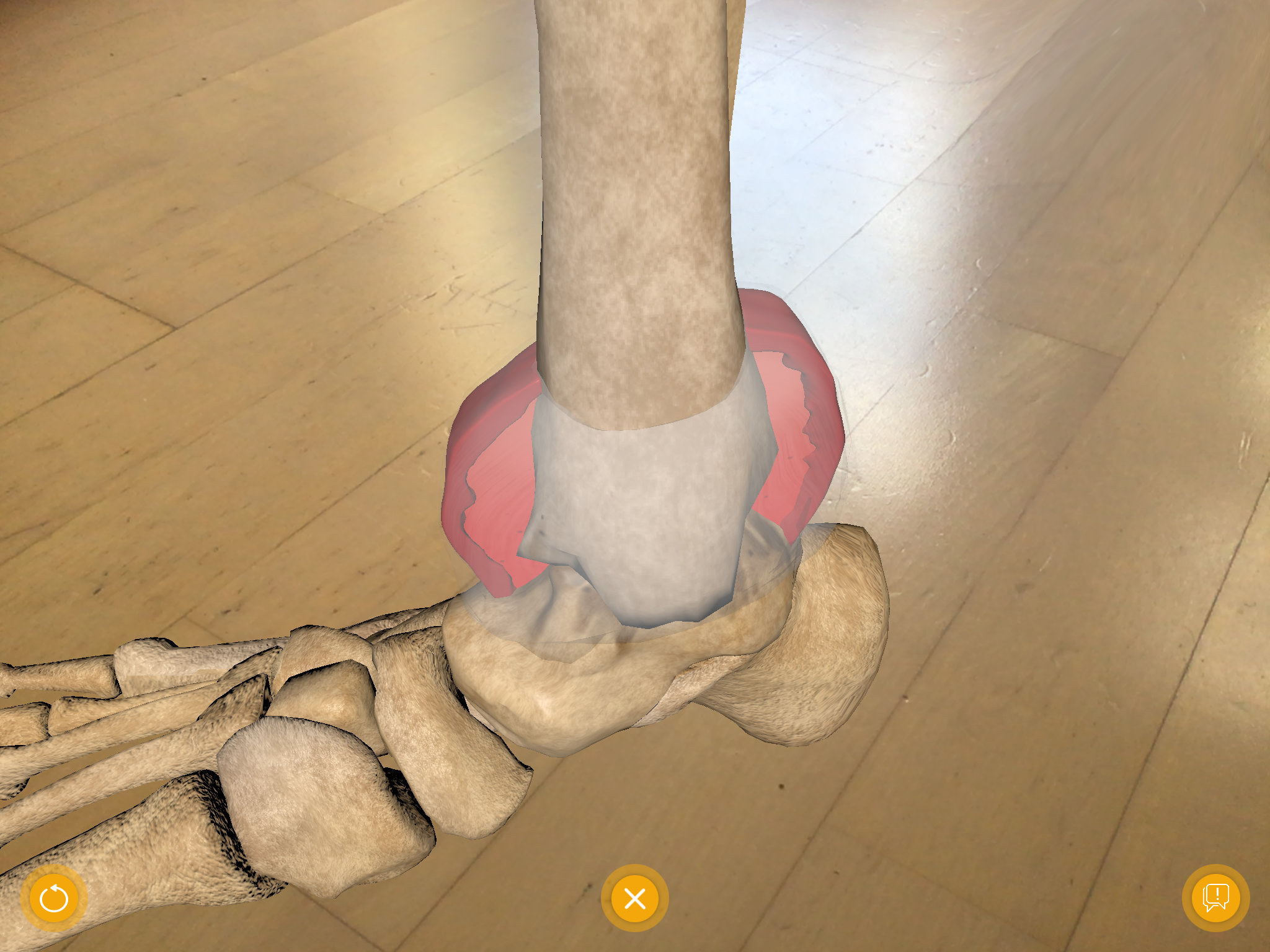 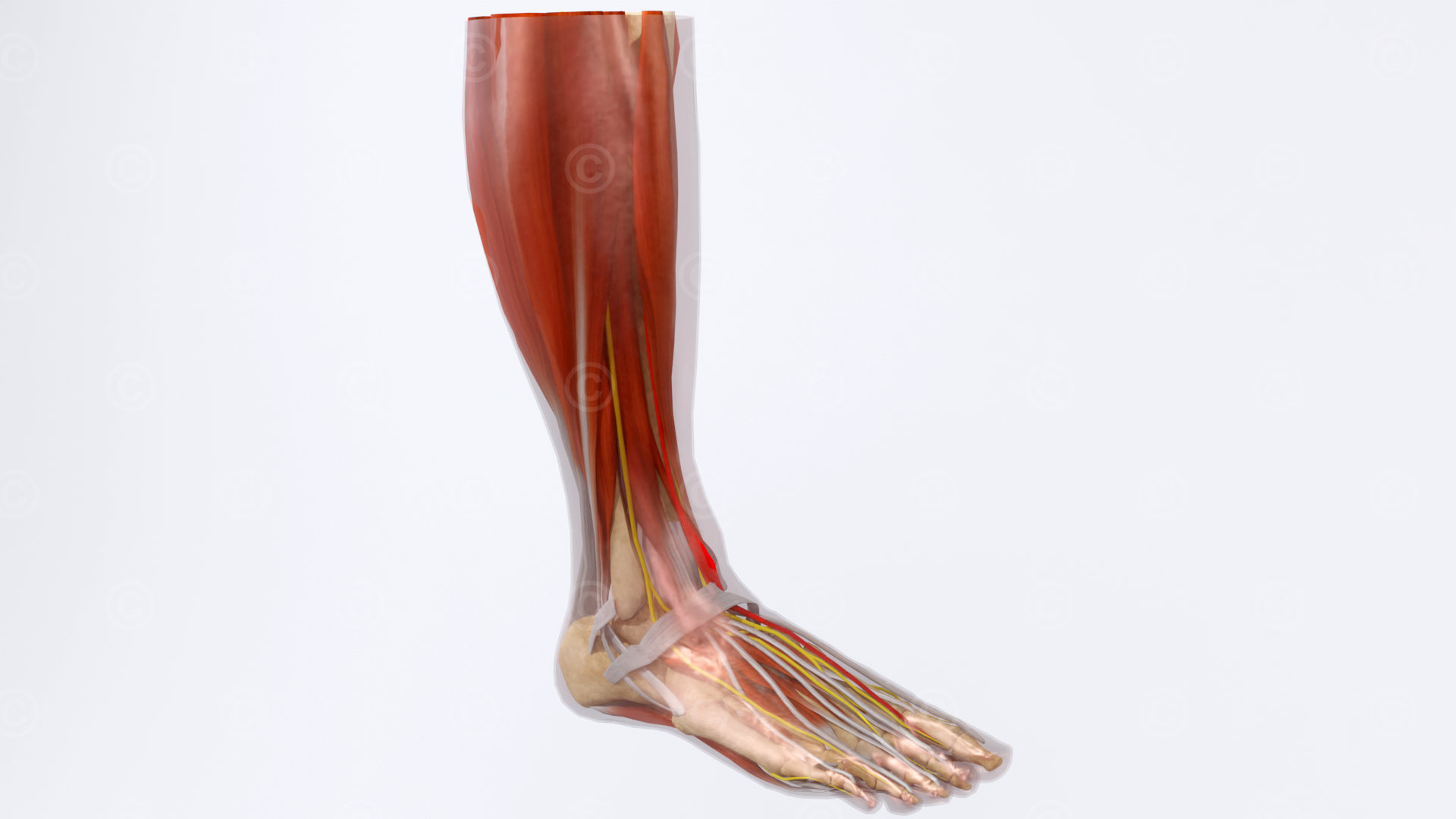 Anatomical structures of the lower leg and foot 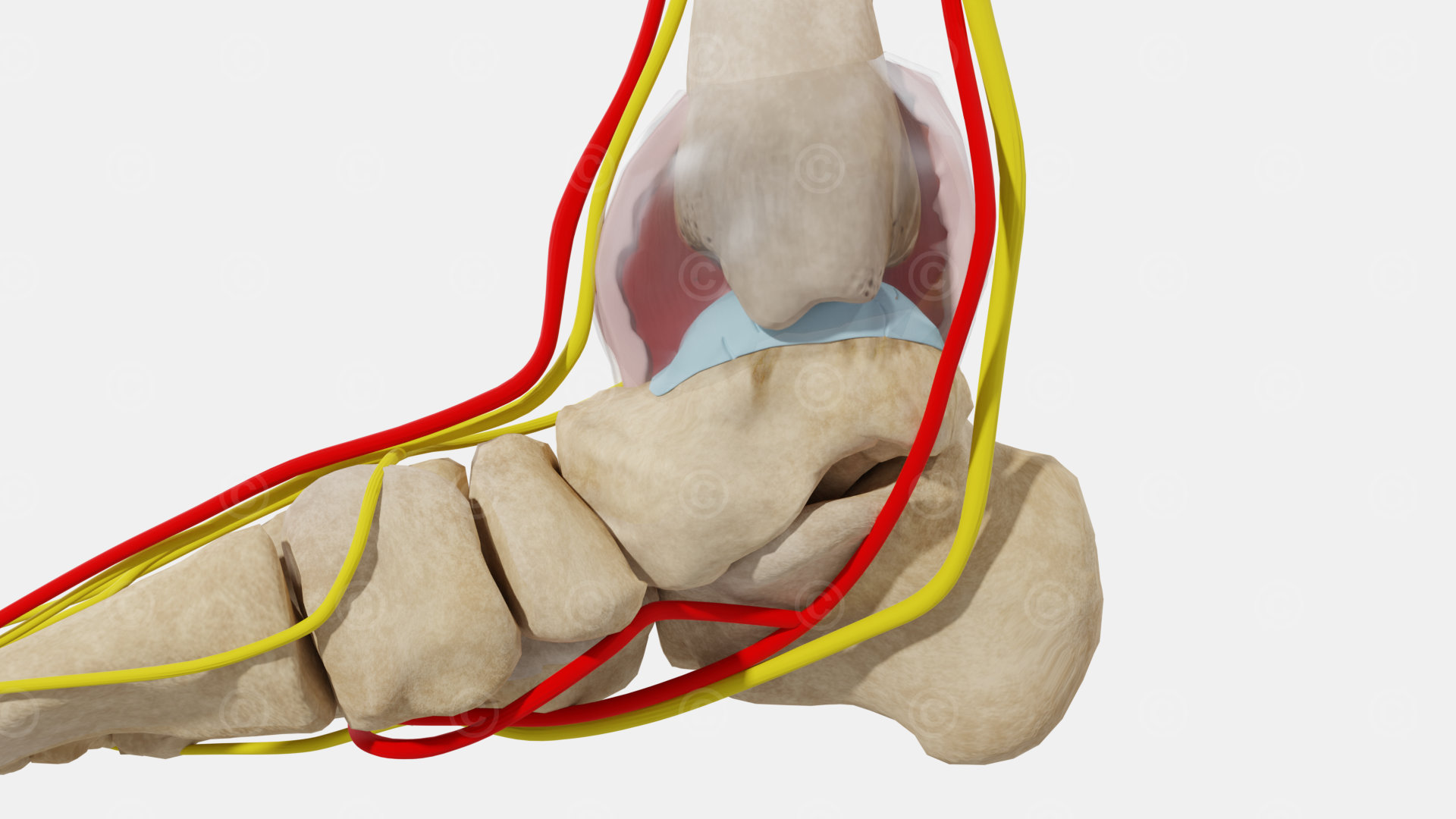