Together with “Bertram & Vogel” and “Animus Medicus” we designed a learning app for medical students to teach basic anatomical knowledge. The task was to teach the structures of the human skull within an easy-to-use mobile app that should keep the self-motivation high by a playful learning control. Basically, the app consists of two elements: an interactive 3D model of the skull with markings of the anatomical structures and a textual selection of the structures. This allows the learner to capture the position of the structures directly on the 3D model and to place them in a context with a descriptive text. The second part of the app consists of a quiz section, where the learned contents can be tested and the learning progress can be checked via statistical evaluations of the results. In a further development stage of the app, this part is to be networked with other users and thus create long-term motivation to further deepen the knowledge.

The basis for the app was a detailed and exact 3D model of the human skull. The complexity of the model had to be able to be displayed smoothly on a mid-range mobile device. Using a high-resolution 3D model, normal maps were created and then transferred to an optimized skull model.

Specifications: Realization of the app via Unity 3D

Screenshot of the learning app with textual selection of anatomical structures

Learning quiz in the app to playfully check the learning progress 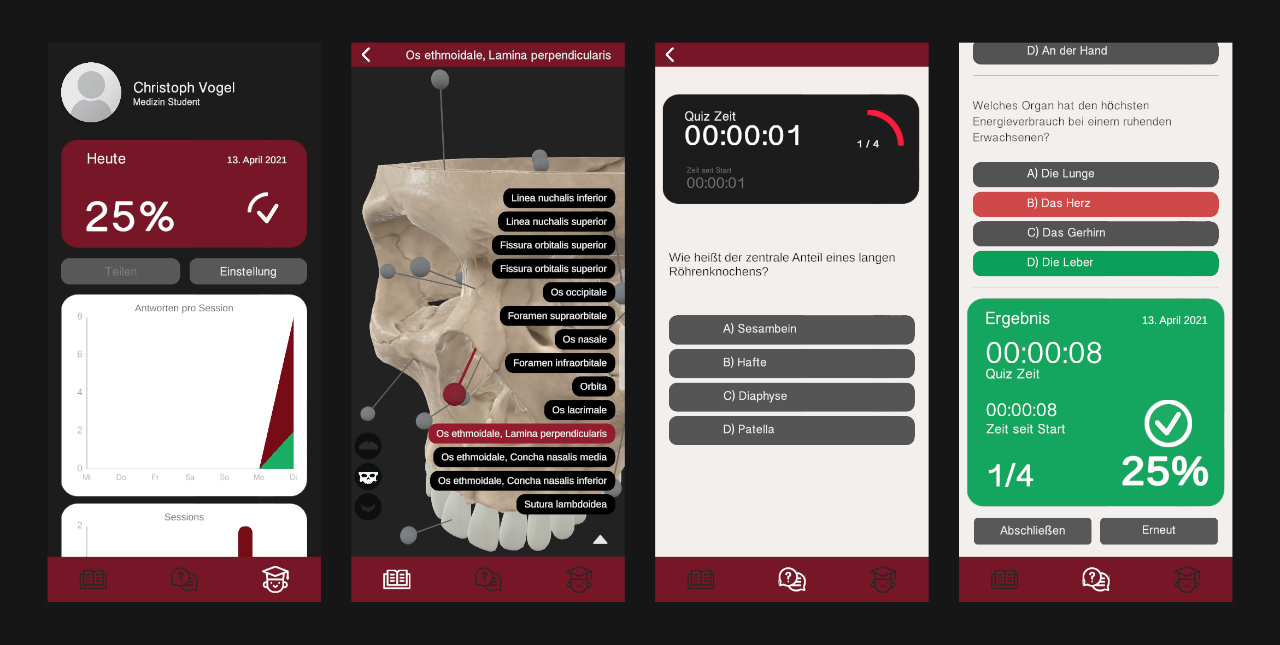 Various screenshots of the anatomy app 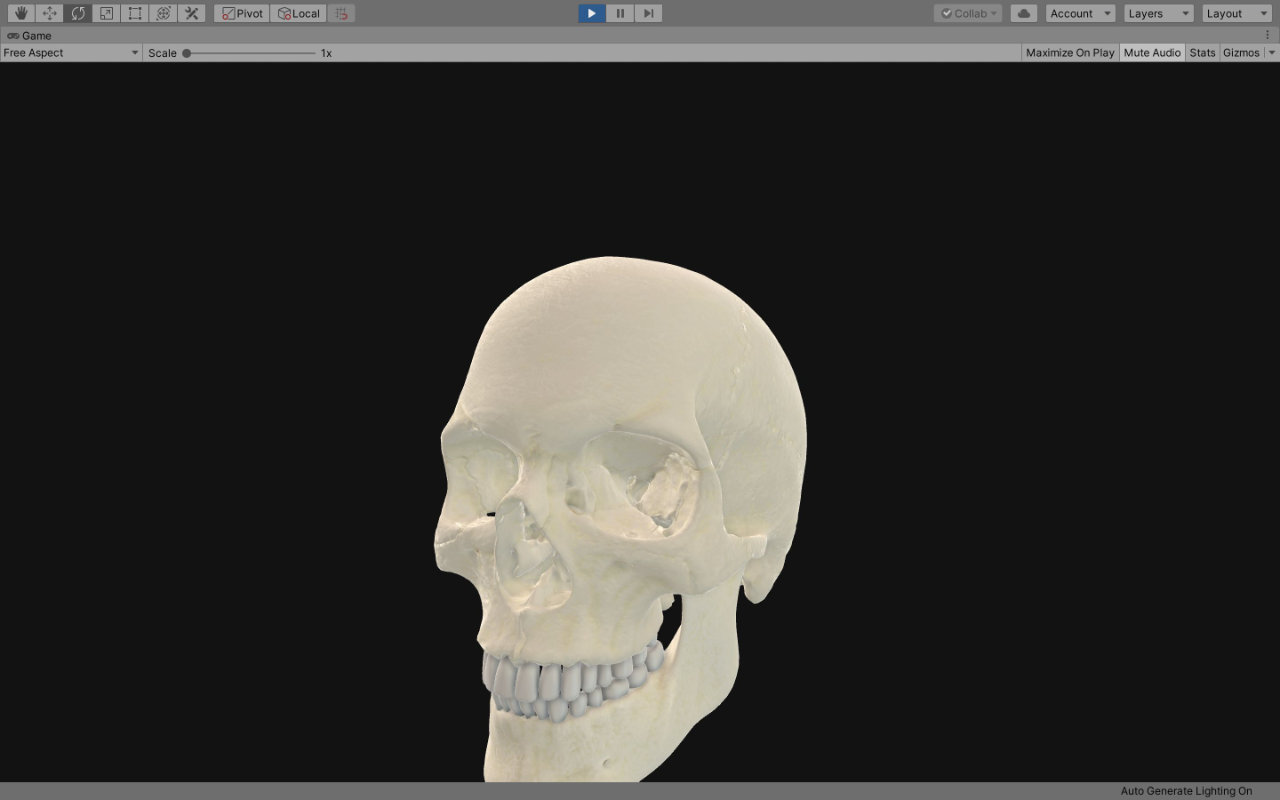 Screenshot of the skull model in Unity (with non-final shader and lighting).